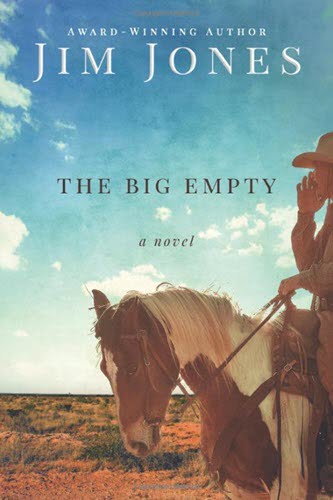 “It all comes to a head in a showdown on top
of Black Mesa out in the Big Empty.”

1886. Tommy Stallings, deputy sheriff of Colfax County, is tracking a bad man. Jake Flynt robs banks. He hates sodbusters and has a nasty habit of taking his bullwhip to them, after which he burns them for fun. The man is a psychopathic monster and the gang he has assembled is a “who’s who” of bad hombrés in the Territory… horse thieves, murderers and bank robbers. Stallings must track them down on the rolling plains of northern New Mexico known as the Big Empty.

The land goes on forever, the wind blows like a banshee and you never know who waits over the next rise. Tough duty for a young man who a few years earlier was a drifting cowboy trailing steers up to Colorado. His job is complicated by the fact that a young Irishman, Garrett O’Donnell, was witnessed participating in a bank robbery in Cimarrón. Although O’Donnell has a controversial and mysterious past, Tommy knows he’s no outlaw. Why on earth would a dirt-poor rancher with a wife and two young children throw in with these desperadoes?

The young deputy is concerned with justice. If he has to bend the law here and there, he doesn’t mind. The plot twists and turns through a backdrop of romance, political intrigue, friendships and family relationships. Bodies pile up at an alarming rate as Jake Flynt goes on a murderous rampage. It all comes to a head in a showdown on top of Black Mesa out in the Big Empty.