The Lights of Cimarrón 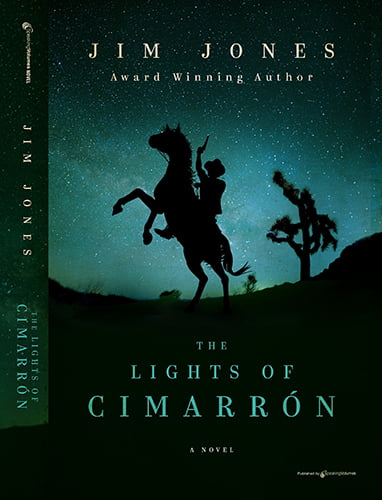 A rancher is murdered by rustlers who speak of a secret hideout. Sheriff Tommy Stallings suspects they’re members of the White Cap Gang, led by Felipe Alvarado. As Tommy investigates, he hears of a stranger from Texas inquiring about him. The stranger turns out to be his cousin, who asks him to return to Texas to help the family. Tommy agrees if he’ll help bring the White Caps to justice. Former sheriff Nathan Averill provides additional help when he comes out of retirement to assist. They locate the hideout in the canyons north of Cimarrón but the investigation is interrupted when politicians insist the sheriff’s office relocate to the county seat of Springer. Tommy is devastated when his wife refuses to accompany him. The situation deteriorates when Tommy is accused of taking a bribe as the White Caps continue their reign of terror. Tommy faces more questions than answers.  Can he and his deputies track these desperados to their hideout? Can they capture one of them alive to clear his name and identify the masterminds in the shadows? What will become of Tommy’s marriage once this is over?