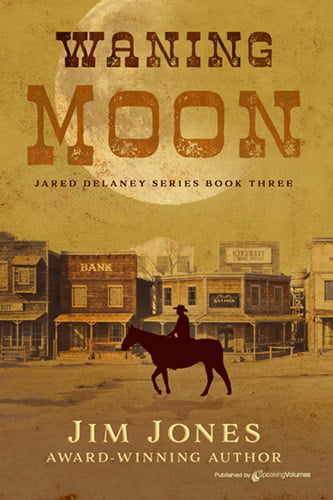 “The greed and audacity of the Santa Fe Ring seems to know no bounds. How many good people will die in the effort
to turn the tide of their relentless land-grabbing?”

In another tense showdown, this time in a courtroom, Jared Delaney faces off against the arrogant and malicious Bill Chapman and his hired killer, Daughtry. Sheriff Nathan Averill faces a crisis of confidence as his skills as a lawman wane with his advancing age, and then in the time of Cimarrón’s greatest need, he vanishes. Right and wrong, honesty and justice…are these just empty words? Can the men and women of Cimarrón make one more stand? And even if they prevail, what will be left of their way of life as the world changes around them?

Although the characters in this novel are fictitious, the events that take place are based on historical fact. There was a group known as the Santa Fe Ring in the New Mexico Territory during the time period from just after the Civil War until the late-1880s. The members of that informal group used their connections in Washington, D.C. as well as the legal framework of the Maxwell Land Grant to engage in what many consider the largest land speculation conspiracy in U.S. history. At one point during this period, Thomas Catron owned more land than any other individual in the United States. During what was known as the Colfax County War, individuals who stood up to oppose the Ring were murdered…attorneys, law-enforcement officers and a Methodist Minister among others.

In this fictional account, I attempt to honor the heroic efforts of those very real men and women who lived in this time and who courageously made a stand against corruption and injustice. I also tried to tell a good story along the way.